EJ's Economic Edits - Impacts of Weather on the Economy

Now that the sun is shining here in New England, we can finally give a final sendoff to the winter of 2018…good riddance! It started off rather tame, but the final months tested even the hardiest of New Englanders. Storms caused major business disruptions, travel delays and extended the kid's school year well into June. My own children even started to demand “no more snow days daddy,” a statement I cannot ever remember hearing in years past. The crack of the bat on our local ball fields have replaced the scratching noise of snow plows. So now that the worst is over, let us take a look at how much impact weather has on the economy…

Experts agree that weather impacts some key economic factors in the economy. In New England, snow is the usual culprit, but in other parts of the country, extreme drought and flooding can also play a major role. There are five main ways that weather can affect the economy. In no particular order, these are a loss in productivity, artificial spikes in sales, inciting of new innovations to combat extreme weather, dealing with the aftermath and people in general becoming wary when the forecasters are wrong. You can see that not all the effects are negative. Creating new innovations to combat adverse weather and the creation of new jobs to clean things up can give the economy an unexpected boost.

The old adage holds quite true when it comes to the economic impacts of weather on the economy as well. One man’s misery is another man’s fortune. A snowstorm in Colorado can attract new tourists to ski resorts, a positive impact. But the snow storm itself could increase heating costs and derail transportation. Crops need moisture to grow and a heavy snow pack can benefit here too, unless it melts rapidly and causes major flooding. One last example would be an extreme heat wave, causing an increase in demand for electricity and rising costs to consumers to cool their homes, but on the flip-side, also causing a temporary increase in the purchase of fans and air conditioners that help retailers.

As you can see, there is nothing simple about this debate. On both sides there are both negative and positive impacts from weather. In fact, a study was completed that analyzed the impacts on the economy that looked at 70 years of weather through 2008. It is estimated that weather events cost the economy as much as 3.4% of the entire U.S. Gross Domestic Product. Translated into dollars, this would be 485 billion! 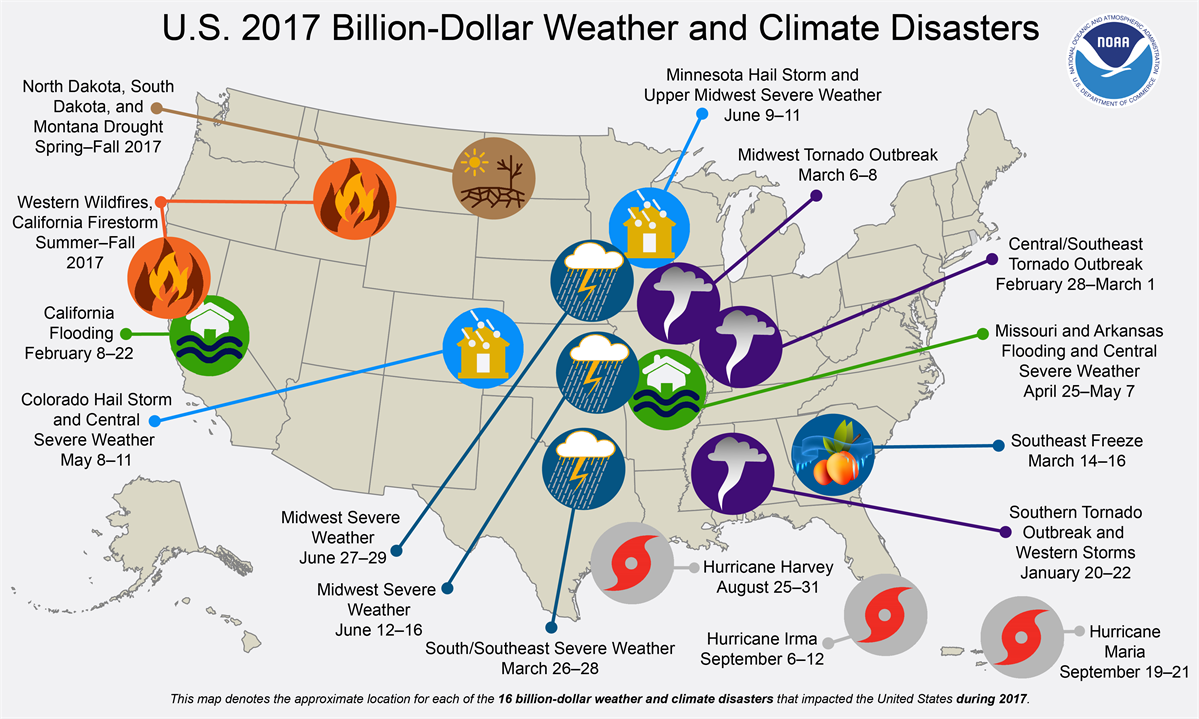 The impacts of weather on the global economy are real too. Weather can often help one continent while hurting others. Macroeconomists have long said that any short term disruptions are quick to be made up at a later date. This is a very similar school of thought that I wrote about in my Holiday Sales Blog, where a dollar spent on holiday sales in November and December is a dollar that is not spent during the following year. When it comes to weather, many economists believe that although a storm or other negative weather impact may hurt the economy in the short term, it is quickly made up for once the rough weather passes.

Isolated regional weather occurrences are one thing, but what about larger more developed weather patterns such as El Nino? A study by the International Monetary Fund suggests specific countries like Australia, India, Indonesia, Japan and South Africa suffer greatly during El Nino years (drought), where other regions including the United States, Canada and Europe can ultimately benefit (rain). I am not a climatologist, nor do I aspire to be one, but it  is clear that while the entire globe is contending with larger scale natural disasters, that the economic impacts of weather and how it affects our economies can not be overlooked. Until next time, keep the faith!